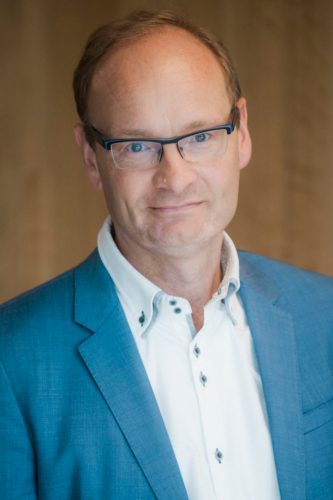 Curiosity about different worlds and connecting them is a common thread in Roger’s professional life. Already during his studies in Rotterdam, he opted for both the Business Economics variant and the General Economics Development programme. The former was often the gate for marketeers, chartered accountants and bankers. The second variant trained students to contribute to poverty issues. After graduating, he linked both by developing and teaching an elective course in ‘Business Economics in Developing Countries’. During his PhD research in South Korea and Taiwan, he was put on the spot to build up a network from scratch with researchers and companies.

During Roger’s first job at a start-up in The Hague before the word even existed, they made good use of his flexibility and improvisation. At Buck Consultants International, he got to know the importance of the geographical dimension of collaboration.

Later at Rijnconsult, the development of new partnerships was regularly at the heart of his tasks. Collaboration implies a process of change. Conscious attention to how partners respond to change turned out to be an important dimension of success.

During the nearly 16 years as director of Foodvalley NL, Roger, together with his colleagues and many others, has been able to devote his ideas and energy entirely to stimulating and building new partnerships. This was a boy’s book full of inspiration and learning points. Matters such as flexibility of the mind and daring to keep training this, but also respect for everyone’s position and role, turned out to be conditions for success time and time again. Numerous links were set up in the Netherlands and abroad around the renewal of food chains. He also learned to rely on intuition and the importance of horizontal thinking and taking action, instead of focusing on hierarchy and power. And last, but certainly not least, the importance of good partners. Once again, the same applies at Food Mountain: it’s not about the founder, but about the network of driven professional partners!

Food Mountain as a name fits in perfectly with the ambitions of the organisation for various reasons. In 2019, the World Economic Forum expressed in a compelling way why “mountains matter more than you think”. In the first place, almost 1 billion people live on or around mountains. Also, 25% of the biodiversity on land is found in the mountains. No less than 6 of the 20 most important crops on earth have their origin in mountains. We also find no less than 28% of all forests in mountainous areas. And finally, mountains provide us with 60-80% of the fresh water on our planet. In short, mountains are an important pillar for our future food systems.

Of course, the name Food Mountain is also a nod to the organisation where Roger was at the helm for almost 16 years, namely Foodvalley NL. International relations regularly notice that the use of terms such as ‘valley’ and ‘mountain’ in a Dutch context is somewhat curious to them. The highest point of the Netherlands is about 322 metres above sea level and no less than 26 per cent of the land is below sea level. Nevertheless, mountain peaks – however relatively low they may be – allow you to look beyond your own surroundings. A characteristic that is indispensable for striving for a more sustainable, more inclusive and healthier food system. 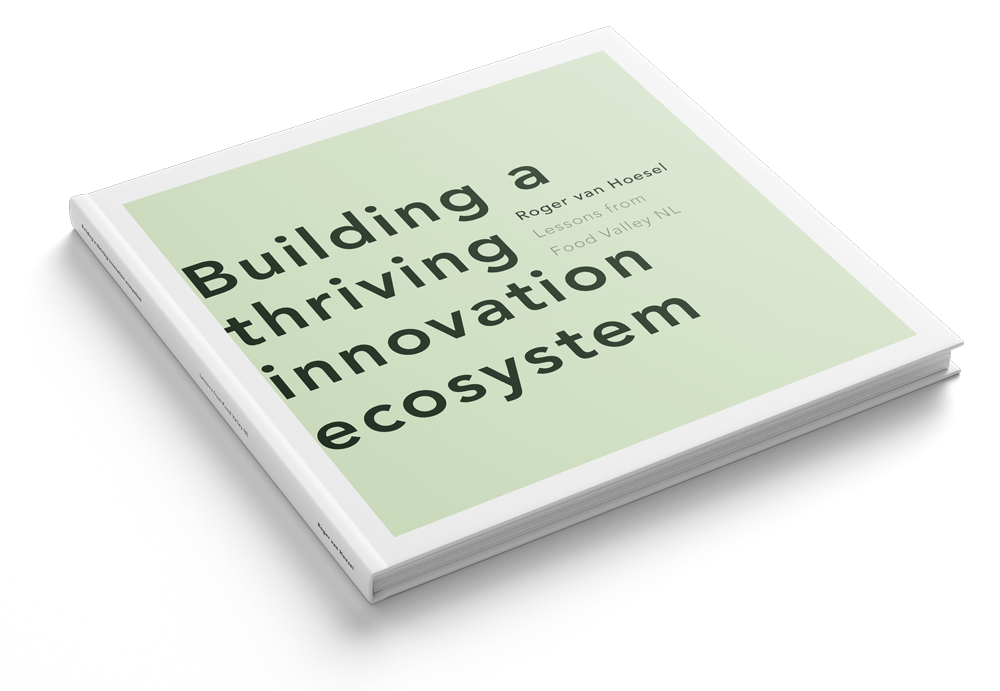 Clusters and ecosystems are ‘in’. Food Valley NL is the example of an organization that lets an innovation cluster flourish. At Food Valley NL not a week passes by without someone asking how the organization was founded, how it is organized, where the money comes from, what the target audience is, and so on. This publication answers all those questions. It is a practical manual for the business sector, knowledge institutions and governments worldwide. The many real life insights are useful for everyone who wants to turn their own region into an economic success story.

Interested in this book? Leave your details and you’ll receive a free digital copy in your mailbox!